Featuring some of the funniest black comedians in the country, from HBO, Comedy Central, Netflix and BET. It all kicks off February 3rd with the hilarious impressions of Chris Thomas from HBO's Def Comedy Jam and Comedy Central. Chris is the original Host of BET’s “Rap City”, and  the host of the new radio show "The Chris Thomas Show"

February 17th is another double header with the hilarious ex-police officer Billy D. Washington and Ventriloquist Willie Brown and Woody.  Billy D. Washington has been featured  at the prestigious 'Just for Laughs' Comedy Festival twice, HBO Aspen Comedy Festival and for three years traveled with The Queen of Soul Aretha Franklin as her opening act. He has also appeared on HBO’s Def Comedy Jam three times, Comedy Central’s Premium Blend, Last Comic Standing, The Late, Late Show with Craig Ferguson, The Bob and Tom radio show, and spent time on VH-1 as a host and on-air personality. Willie Brown is a nationally renowned Ventriloquist and Comedian. He has appeared on BET Comic View, HBO DEF Comedy Jam, Loco Comedy Jam, Phaturdays, The Jenny Jones Show, and most recently in a recurring role on the Showtime Network series “Barbershop”. Come for the Ventriloquist dummies stay for the laughs!

And to close it out, February 24th features Tony Woods from Tiffany Haddish, Netflix comedy special "Who's Next and HBO and Comedy Central. Tony Woods is an original member of Def Comedy Jam and Bad Boys of Comedy. He is also a mentor to Dave Chapelle. His observational humor and laid back comedy will leave you in stitches!  Don't Miss out on these extraordinary, hilariously funny comedians at the Asher Theatre. Every show will be hosted by The Man of a Thousand Voices!

Get the Asher VIP Card

and Experience Our Shows in Style 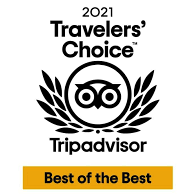